My name is Gabriel Goytia. I was born in La Paz, Bolivia. As a child, I lived with my mother and only saw my father five times. My mother used to work for a family and I grew up with them. They invited me to church. I decided to give my life to God because of the love God showed me through them.

In 2009, I started to pray that I would know where and how I could serve the Lord. The Lord answered my prayers through a soccer game. Brazil won the Confederation Cup. Players were celebrating and then they started to thank God. Many players were Christians. God showed me that sports can break down social, cultural, and religious barriers, and that the church must work as a team, like Brazil. Players from different clubs, but playing for one nation. Churches with different callings, but working for the same kingdom.

In 2015, in a sports leadership training I realized that I wanted to work with kids and teens who aren’t living with their parents or are living on the streets because I can relate to them. I know that the absence of a father can produce many wounds. In that training, Ambassadors Football taught us a strategy to share the gospel through soccer. As a coach, we can have an impact on the lives of the kids and teens. 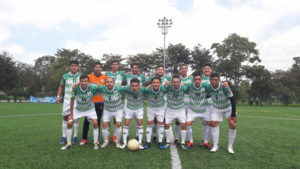 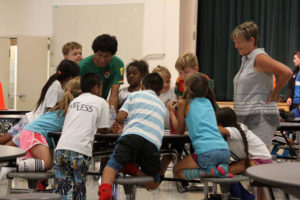 Proverbs 22:6 says, “Train up a child in the way he should go: and when he is old, he will not depart from it” (KJV). That’s why I serve the Lord using sports to share the Gospel. I am blessed to have this opportunity to start Ambassadors Football in Bolivia.

I would humbly ask that you prayerfully consider partnering with me in this ministry.